Food Drive Spirit Alive and Well in the Midwest

Alumnus C.J. Garcia `04 was facing a heartbreaking situation for students as planning began for the annual Thanksgiving dinner at Connections Academy East, a therapeutic day school in the Chicago area.

As coronavirus cases had begun to rise rapidly, chances for the feast faded. It was likely COVID-19 would prevent students and families from gathering for the traditional dinner held at the school. “For some of our families, it’s the only Thanksgiving they get,” Garcia said. “They look forward to it every year.”

Connections East works with low-income families and at-risk youth who have severe behavior and emotional disabilities, as well as Autism Spectrum Disorder. One-third of those families has been hit especially hard by the pandemic. 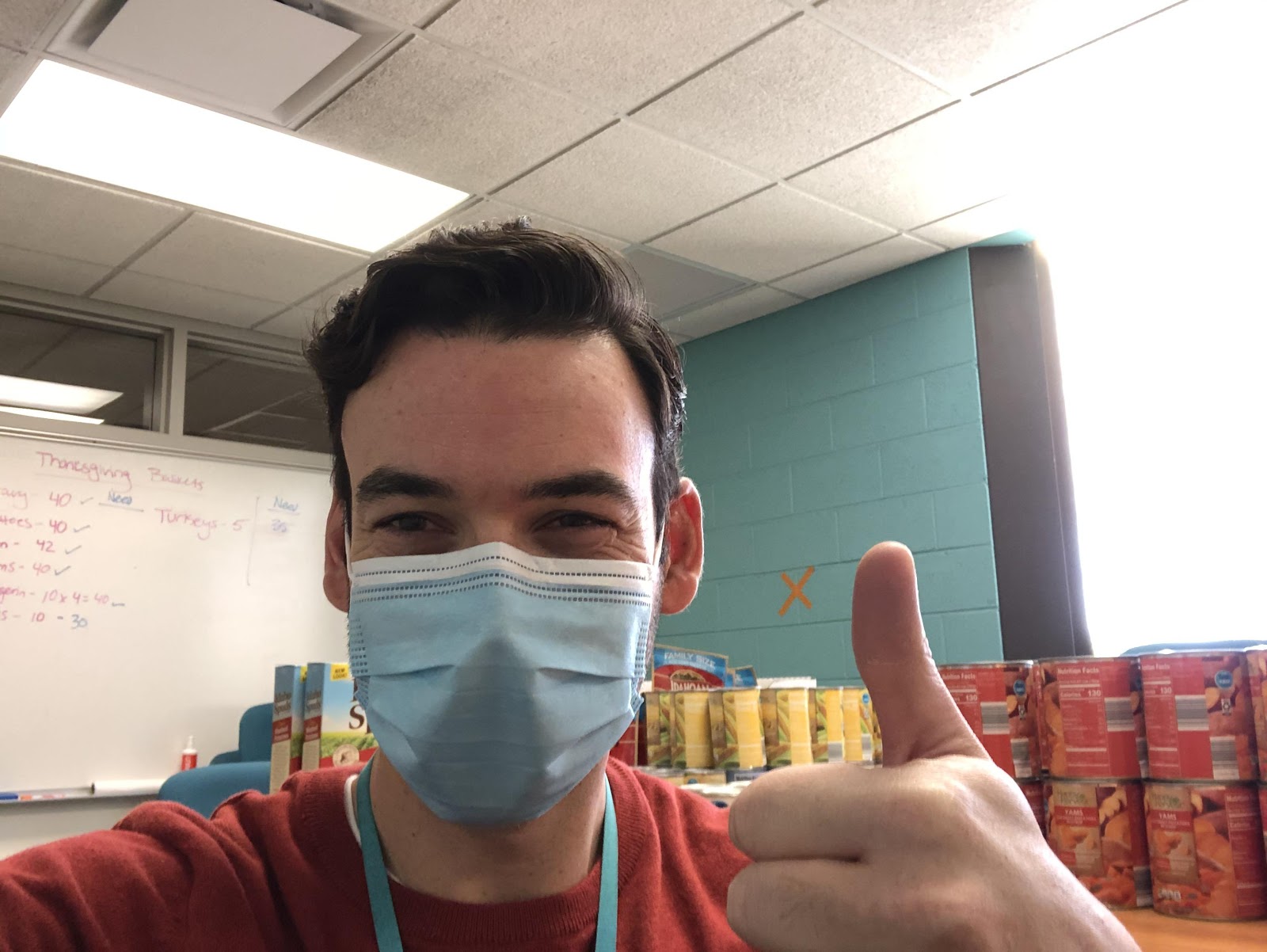 The consensus among the staff was that they still had to do something for the families. Garcia remembered well the Gonzaga Prep Thanksgiving food drive and the impact it had on his life. His passion for serving others clicked into high gear. “This is what we did at Prep, and this is what I think we need to do.”

The idea was pitched to the school’s founders, and the idea was a go. They would create Thanksgiving baskets for a dinner with all the trimmings and deliver them to families.

And while they didn’t go door-to-door collecting food, the staff collaborated to buy food, and in some cases going from store to store to work with purchasing limits still in place because of the pandemic. Spouses at Connections even fanned out to grocery stores to buy turkeys. Garcia has been inspired by the way the challenge became a work of service that built community. 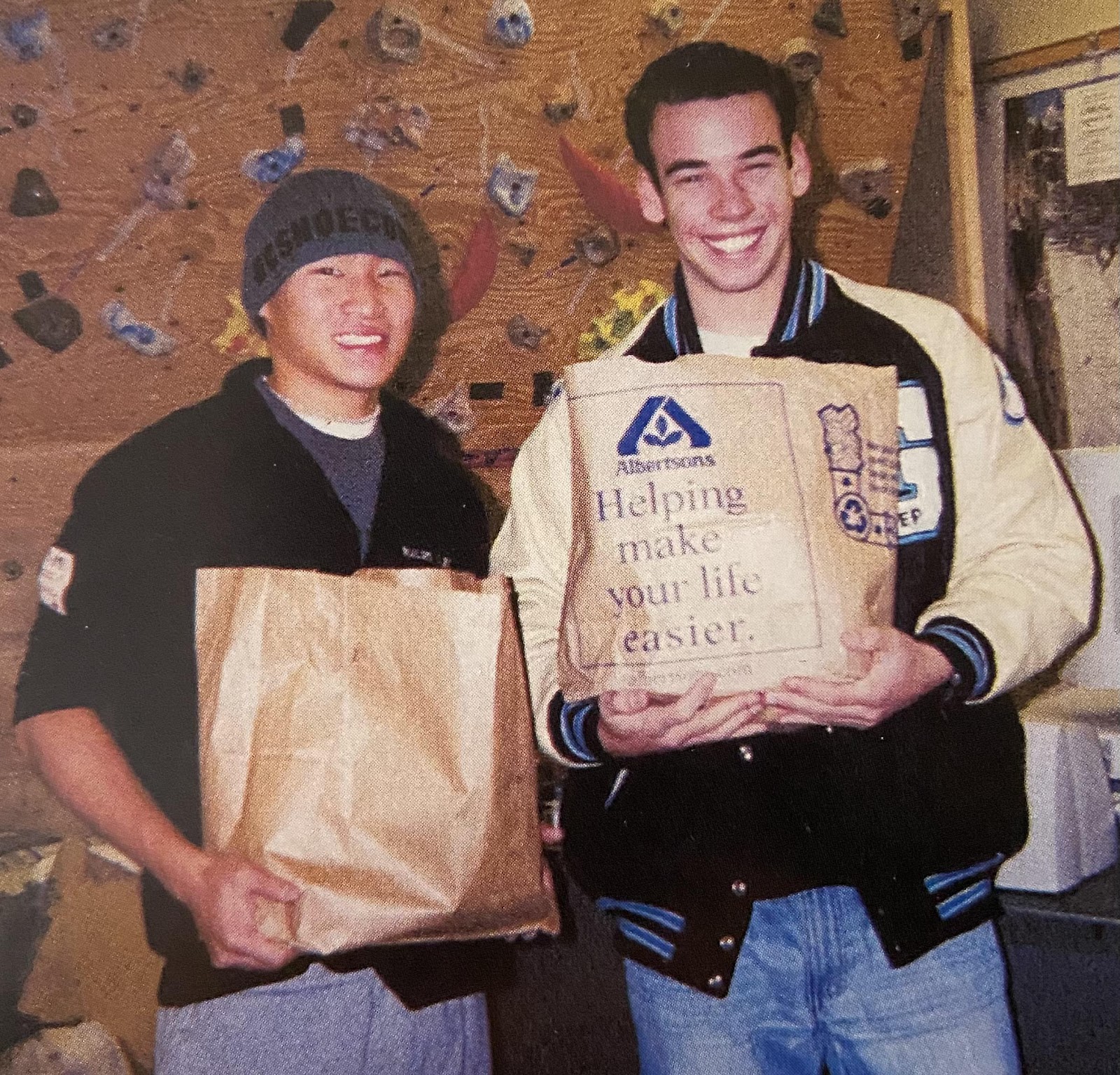 Garcia’s passion to serve was sparked by his first days at Gonzaga Prep, who, as a junior, moved to Spokane from the Seattle area. That fall, he had no idea the scale and history of the food drive. Thinking it amounted to gathering a few bags full of food, he went door to door and rounded up some food. “I was blown away that we brought in over 100,000 pounds,” he said. “I had no idea it was so big.”

The greatest impact came when he delivered to the last house that first year.

“I remember pulling up to the house and thinking ‘this house looks like my house.’ I was expecting that we were giving to the families living in deep poverty,” he said. “It never crossed my mind that they could live just like you and I live, and really be in need. She thanked us profusely and she started to cry. She said, ‘thank you so much. You don't understand what this means. This brings some sense of normalcy to us. It's been a hard year for us.’”

Garcia and colleagues at Connections East delivered food on Nov. 23, the same day the Aloysius cohort of Gonzaga Prep students did the same here in Spokane. The kinship across the years and miles delivered more than food. They delivered hope.

“The spirit of Gonzaga Prep is alive and well in the Midwest,” Garcia said.

Reprinted with the permission of Gonzaga Preparatory School.